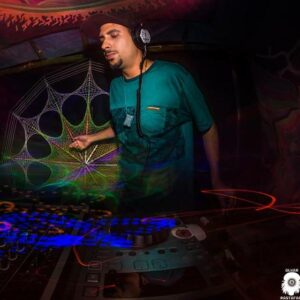 ABSYCHO LIVE is Abner Simão, born in 1991 in São Paulo, Brazil. He got in touch with electronic music for the first time when he was 11 years old.

Since ever then, his interest for E-music has been increasing. This interest has led him to psychedelic trance, which has become his passion.

He started playing dj-sets in 2009 and after some years he started producing his own music in 2012.

His style could be defined as deep, energetic and mindblowing, with serious basslines, intense grooves and rhytms, organic atmospheres, and hi-definition sounds.

His music fits both during day and night time with psychedelic transition to anytime.